I became an atheist in 2011 while writing my first novel, Alex.  I went through the “angry atheist” phase, wherein I realized precisely how much of my life I wasted believing bullshit and how many opportunities I had passed on because I feared they were “sinful.”  For awhile, I was having a new revelation about how contorted my religious life had been on a near-weekly basis.  I remembered destroying my D&D books because they were evil. I remembered seeing a paper cutter at school and fighting the urge to cut my hand off (because I had masturbated with it, and of course, if your hand offends you, you should cut it off).  I remembered believing for several years that I was demon-possessed because there was “lust” in my heart (in the heart of a normal 16-year-old?  Say it ain’t so!).

The hardest part, though, has been realizing the lost opportunities.  Coming to the realization that returning some of the advances I had gotten from girls while growing up would not have damned my soul to hell, for example, or that enjoying anything that wasn’t primarily concerned with the worship of Jesus was okay.

If you didn’t have this experience and can’t really comprehend it, just chew on that last phrase for a second.  Any game, any book or movie, literally any form of entertainment that didn’t have Jesus in it was impossible for me to fully enjoy.  I felt guilty and ashamed, on some level, the entire time I experienced it, because I wasn’t giving sufficient glory to God.

The breaking moment for me—the instant I decided to admit I didn’t believe in gods any more—was triggered by my children.  After that, my love for them and my desire to spare them the hell I went through as a child has fueled a lot of my decisions on what to teach them and how to interact with them.  I feel very protective of them, and I don’t want them to experience the things I did.  But as is often the case with kids, they surprise me.

In trying to spare them from harm, I find them healing me in the process.

I love music.  It is a secret language that speaks in emotion, a unique expression of the human soul that has the power to transcend culture and experience.  So deep is its power to communicate that we included it—along with speech samples, mathematics demonstrations, and the sound of a human baby’s cry—as proof of our intelligence to prospective alien life. 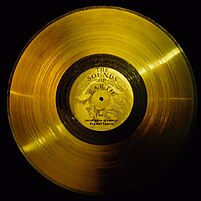 To whatever degree an atheist can consider something sacred, surely this qualifies.

Good music can create a sense of euphoria or melancholy; it can trigger the imagination; it can color your mood for an entire day or week.  I listen to something catchy in the morning in lieu of drinking coffee—I call it “aural caffeine”—and whenever I have a long drive I relish the opportunity to let my inner 8-year-old run wild in the back of my head to whatever music will stimulate him the most.  Music is one of the absolute greatest things about my life, a drug without peer.

So it should be no shock that Christianity nearly ruined it for me.

Understand, it was a zero-sum game.  A given activity was either glorifying God or insulting him.  There was no neutral.  You didn’t have to be rapping along with Dr. Dre about bitches and hos—you could merely be singing Madonna’s Material Girl and it was as good as blasphemy.  (Like a Virgin was right out.)  I skirted this restriction by seeking out the closest thing I could find to subversive Christian music—I was such a rebel.  (In fairness to Steve Taylor, I actually still enjoy a lot of his music.  Apparently he got a new band together in 2013, and the video for the kickstarter was pretty funny—he’s still a talented guy.) 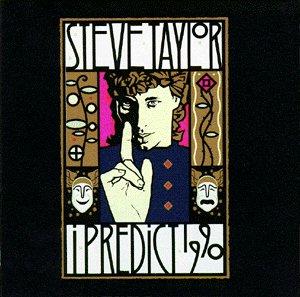 Can’t you just feel the rebelliousness?

One of the clearest examples of this dichotomy was the raising of hands.  I was taught that you raised your hands to give worship.  What you were worshiping was the only open question.  It was a-okay (and even expected; indeed, nearly mandatory) to raise one’s hands at church while singing worship songs.  Your intent was clear, there: you were giving praise unto God.  To raise your hands pretty much anywhere else, at any time, to any piece of music, was essentially worshiping the devil.

I remember going to a Def Leppard concert (I know, I know, I heard some of the band members were Christian so that made it okay), seeing the audience with their hands up, and being utterly appalled.  I was surrounded by people that were either ignorant of what they were doing, or worse, willfully offering praise to either the band or the devil.  There was no possibility that they were simply exulting in the music.  Like I mentioned in an older post about the movie Woodlawn, the Christian mindset I was raised in was that non-Christians couldn’t possibly be making their own decisions for their own, valid reasons, and that mindset was the only one I had.

I never felt the urge to raise my hands while listening to secular music, and I never wanted to raise my hands while listening to Christian music, because it felt conspicuous.  Any time I listened to music, there was a section of my mind completely devoted to managing what my body did during the experience.  As you can probably imagine, I was a great dancer and really comfortable at parties.  (Yes, that was sarcasm.)

This automatic self-monitoring didn’t stop when I became an atheist. Weirdly, it intensified in some ways. After cutting faith out of my life, I started to feel the urge sometimes to raise my hands to music—something that had never happened to me before, in or outside of church. I stifled it, because it was a leftover product of my religion. Some weird template that said I had to lift my hands while listening to music, that there was no other way to properly enjoy it. It made me severely uncomfortable.

At the same time I tried to make a point of playing music around my children, especially when we were in the car. Different styles, different genres. I wanted to foster a love of it in them, the pure love that I was never allowed as a kid, the love of music for music’s sake.

Flash forward to 2014 or so. My daughter Rydia was 6 years old. We were in the grocery store parking lot, with Florence and the Machine on the iPod. The song was Shake It Out. Only as I write this do I realize how apropos the song itself was for the moment. It has elements of a hymnal. The lyrics are about overcoming the chains of the past. Florence’s voice is beautiful and fierce, filled with longing.

If you haven’t listened to this woman’s music, do yourself a favor and click.

I loved watching and hearing my daughter sing to music like this, to see it move her like it moved me. But that day she surprised me. Around the three minute mark, Florence launches into this held note—not an ostentatious, look-at-how-long-I-can-hold-this-note kind of thing, but a soaring, gorgeous cry that interweaves beautifully with the rest of the music and elevates all of it. Listening to it feels like flying. It is my favorite part of the song, possibly my favorite fifteen seconds of Florence and the Machine’s entire library.

And when it came on, my daughter closed her eyes and raised her hands.

Not because anyone told her to. Not because she had something to prove or something to hide. Not for any reason at all other than the sheer joy of the music, the spiritual connection to another human being’s art.

It brought me to tears. It’s bringing me to tears writing about it now.

My 6-year-old girl had shown me how.

Want to join the discussion?
Feel free to contribute!